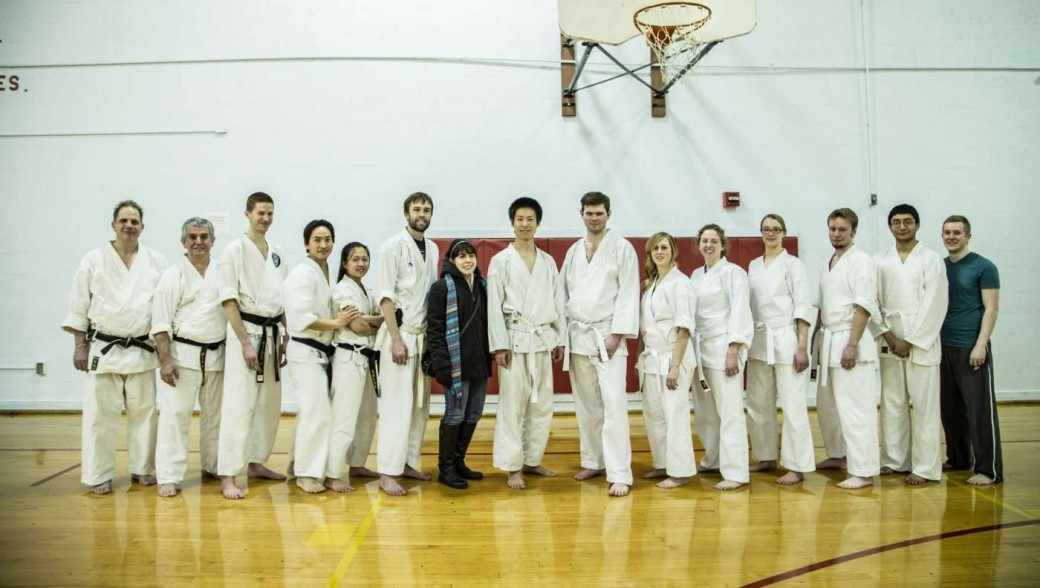 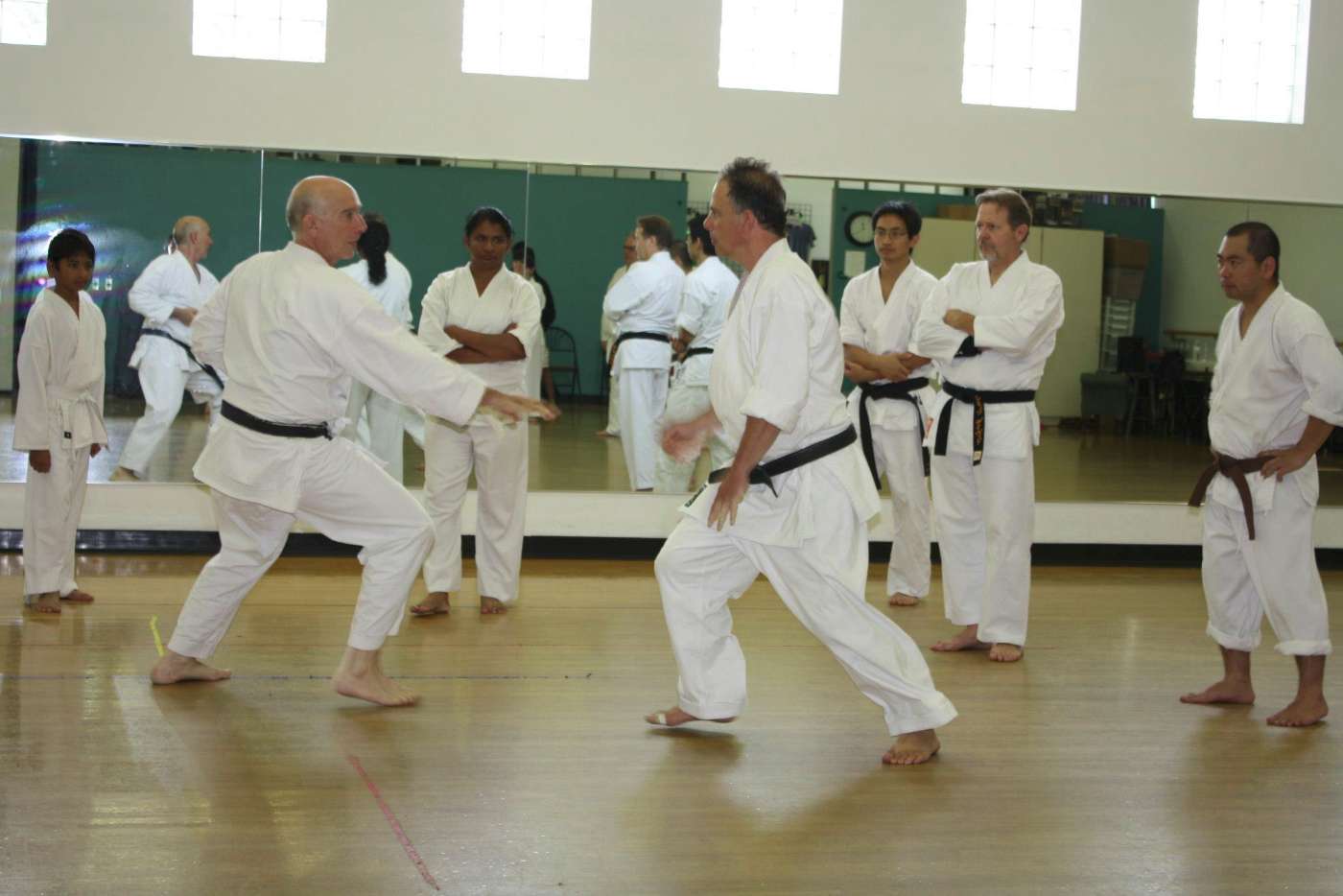 With Mike Lyon (Kansas City Yodan) at an exchange practice in Minneapolis, MN

We’re happy you’re interested in learning about Shotokan Karate! We enjoy meeting new people, and attending practice is the best start! Anyone (not only UNL students) may participate in one practice for free. No experience or gi (uniform) is necessary.

To continue, there are no contracts, but dojo dues are $20 per month and one must become a member of SKA, which is $75 the first year and $100 annually after. Supporting the organization which preserves karate-do is an essential part of “the way”. SKA membership allows one to attend practice at any SKA dojo and all SKA regional, national, and international events open to one’s rank. It also includes testing for rank twice per year at no extra charge. Black belt testing is also included, but requires a senior’s recommendation.

Our dojo was founded in 1994 and continues to be led by David Altman, fifth degree black belt (Godan / Highest SKA Rank) student of Tsutomu Ohshima, founder of Shotokan Karate of America.

Our members enjoy a close, direct link to ancient masters of martial arts through Mr. Ohshima and his direct instructor, Gichin Funakoshi, founder of Shotokan Karate.

We strive together to fortify our minds and bodies; perfect our character; and faithfully transmit the art to future generations.

Karate can be practiced by everyone, at any age! No special equipment is needed.

Practice is designed to focus and sharpen the mind — developing awareness, courage, fortitude, and deeper understanding. Led by a clear mind, one vitalizes the entire body — improving balance, efficiency of movement, breathing, and overall health.

Karate practice emphasizes spiritual values of courtesy, integrity, humility, selflessness, justice, honor, and self-control. The study of karate benefits one in all areas of life.

Class location varies. Please see the full class schedule to learn how to best find each class. For dojo news, join our Google Groups mailing list. To use a non-Google email, sign out or open in a private/incognito window.

As an Amazon Associate, SKA earns from qualifying purchases